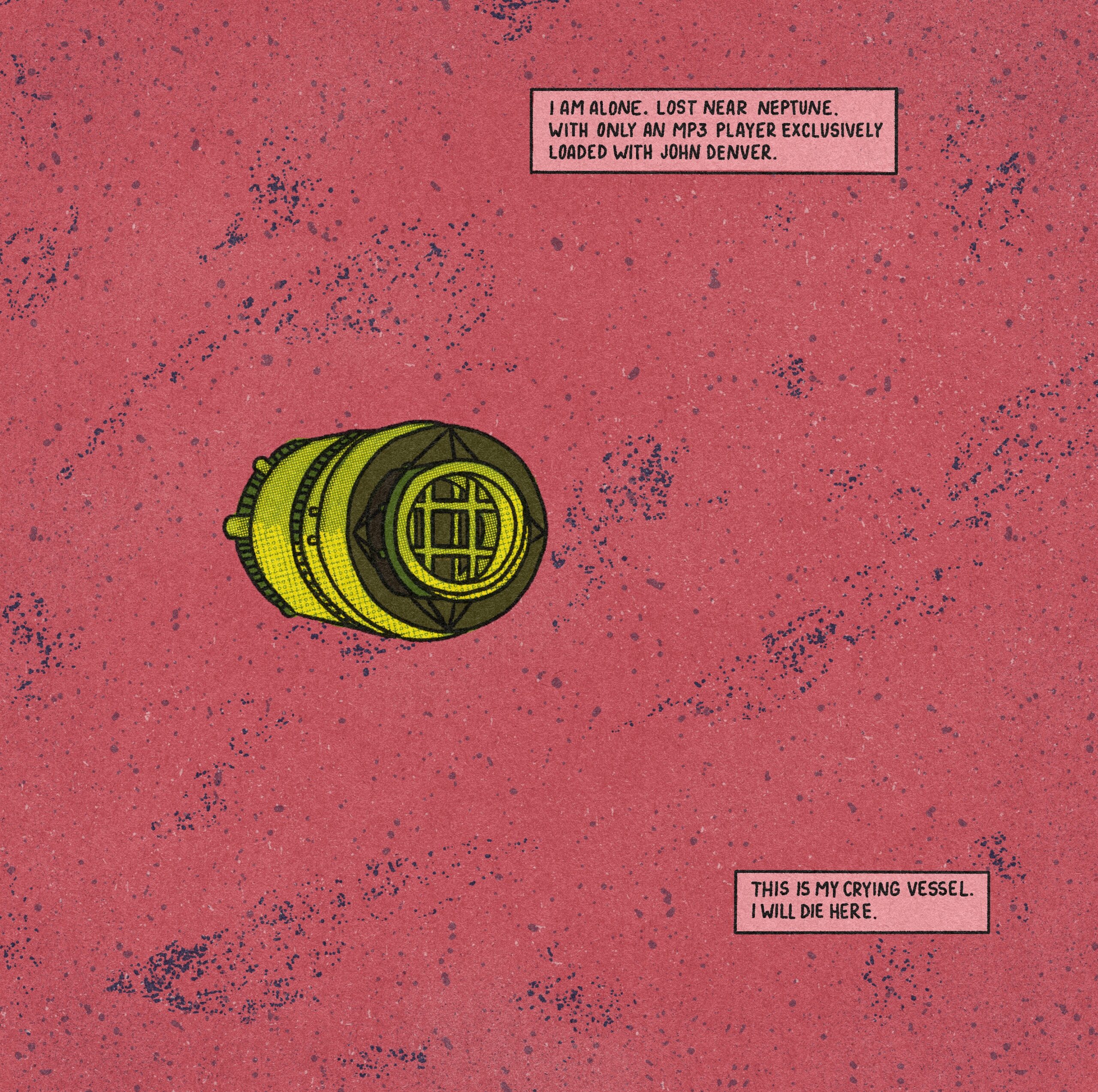 Karenia brevis: a deceptively beautiful name for a dinoflagellate alga so toxic it disorients turtles, causing them to drown—60 in one month—and is implicated in the death of a whale shark that washed up on shore.  Fish, dolphins, manatees—all have ingested the plant’s brevetoxins and died.

The name “red tide” feels deceptive: the algae often bloom rusty brown, like dried blood; in images, the water filled with bodies looks murky to me. Blooms—such a lovely word again, and I’m lost in fragrant flowers unfurling, spreading petals, a widespread opening. A pregnant belly swelling. This bloom, these algae, is a barrier. Baby turtles that must crawl through sand, scuttling past seagulls to reach the ocean, now face an added obstacle: will their yolk-sac nourishment tide them over to open water? Will they succumb to the fatigue and hunger, swallowing the dinoflagellate down like communion wafers, first food since hatching by the dozens on the beach?

And what of the algae that took down a whale shark? It aerosolizes, impacting those with respiratory conditions, exacerbating asthma. Dino-soaring. Do whale sharks wheeze?

Whale sharks, referred to in an article I read as “filter feeding, gentle giants,” are more harmful to krill and fish eggs than humans. A smattering of white spots on their blue backside reminds me of the stars. Don’t they deserve a seat in heaven, too? In the post-climate change landscape, will it only be invasive species and weeds? Aren’t humans the most invasive species?

A friend once told me he found it strange that to make a person you have to go inside another person and put them there. If you believe life begins at conception, do you exchange bank account information with your bodily fluids? Hetero-sexual partners are guilty until proven impotent. A period is the end of a life sentence.

In the movie Clueless, the main character makes reference to her period as “surfing the crimson wave.” There are no surfers on the red tides now; red states want to regulate who gets to regulate their cycles. Alabama’s crimson tide will have a new meaning. Florida, Texas, Oklahoma

arguing I should have more agency over my body than a corpse sucks the life out of me. But this is forced life into. Into being. Into bodies.

A senator in Montana recently compared sea turtles to fetuses, intimating that conservation efforts are focused too much on wildlife and not womb-life, seemingly ignorant of the fact that people are not endangered, and turtles aren’t encumbered by their embryos. Besides: overpopulation accelerates climate change; the seas are dying. But we must save this mass of cells, not that one.

A weed is an unwanted flower; a fetus cannot live without a host.

I went on the pill years before I ever had sex, not as birth control but to stem a blossoming in my abdomen. After several heavy periods in a row and abnormal pain on my left side, I received a diagnosis: ovarian cyst. Something growing where it shouldn’t be. The periodic pelvic ultrasounds were almost worse than the cyst. I had to drink a quart of water and wait for someone to press on my swollen bladder. One of the technicians yelled at me for being gassy, obscuring the picture; I told her it felt like I would pee my pants. “You won’t,” she snapped. I cried in the bathroom when she finally let me relieve myself. Care is sometimes an afterthought of healthcare. Is it too much to ask for bodily autonomy?

Using the pill would also help my adult-onset acne and, when I eventually did have sex, prevent unwanted pregnancy. The same time President Obama made birth control free for those with insurance, I attended graduate school full-time and worked 25 hours a week at a job without benefits. I went to Planned Parenthood for a refill, red burgeoning up my neck, a burning shame though I had done nothing wrong, save possess female reproductive parts.

In my progressive town in a blue state, no one shouted at me or waved a sign.

A writing classmate once described his wife’s period as a “menstrual Katrina.” My uterus, an ocean. Sometimes it feels that way; both feel the tug of the moon, suffer the whims of red states.

Under a microscope, some dinoflagellates resemble a four-leaf clover, some an acorn. Or a golf ball, with its pockmarks. Or an ovary. A flower is the female reproductive part of a plant, after all, but these algae reproduce asexually: cells dividing exponentially. During periods of unfavorable conditions they go dormant, form what’s called a resting cyst. Cyst, seed, flower or weed—who gets to decide?

Victoria Costello is a writer and teacher of memoir and fiction living in Southern Oregon. “Witnesses” is an excerpt from her debut novel, Orchid Child, which explores the interplay of madness, magic, and armed rebellion in a three-generation Irish American family. Orchid Child will be released by Between the Lines Publishing in May of 2023. Follow Victoria’s work at victoriacostelloauthor.com

Doze Alvarez is a comic artist and lost soul living in New Orleans, LA. They primarily focus on using the setting of outer space to explore motifs of loss, loneliness, and self-actualization. Even in space, you can’t escape yourself. You can find their work on instagram @doze_alvarez