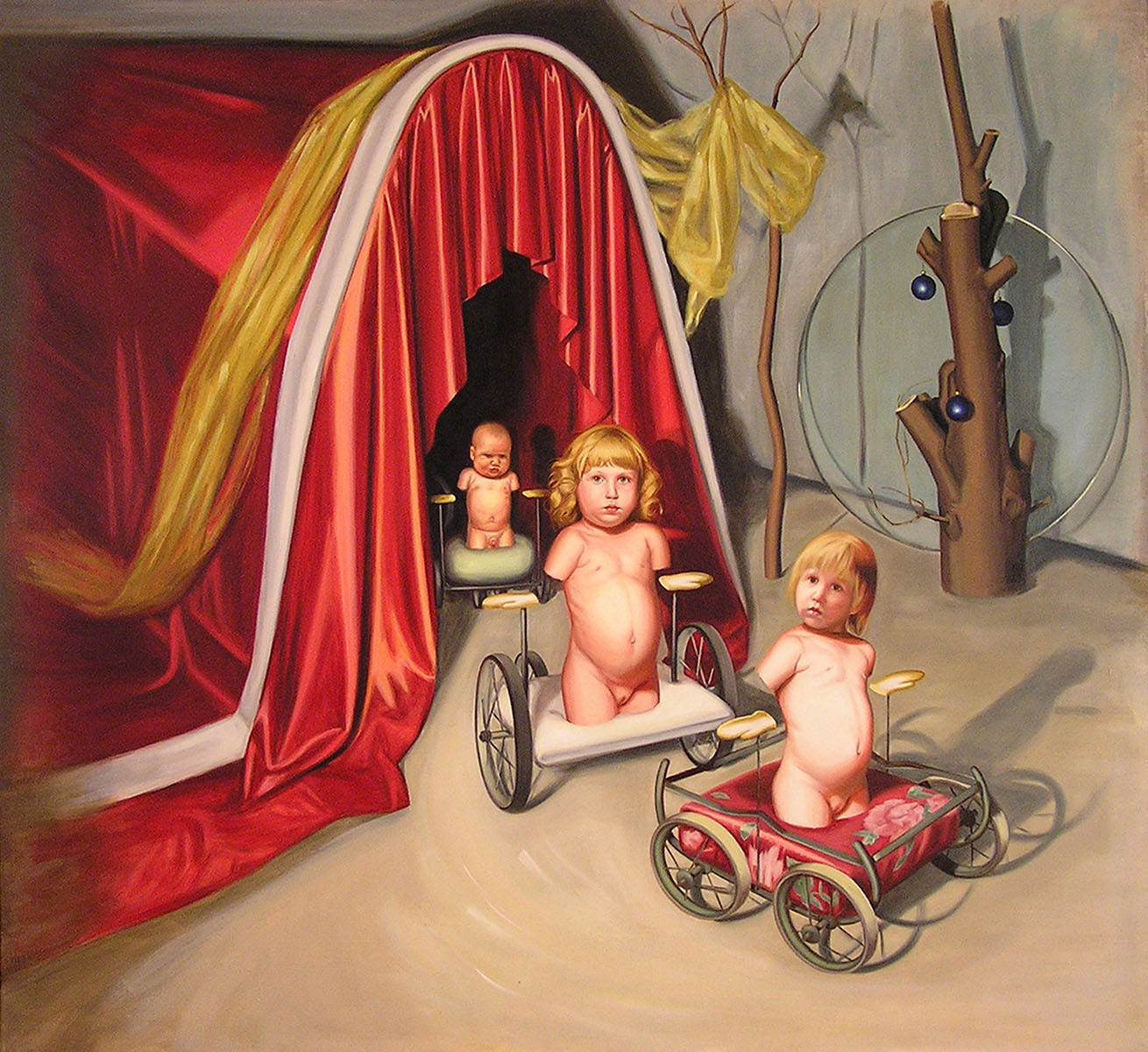 My father’s tattoo shifts in memories. In some, it’s the blue of dead ocean; in others, it’s black like whale skin. I remember it lay crooked on his forearm. As if a spirit grasped him there and left a reminder that he escaped, but not for long. Always when I tugged at his sleeve for a peek, he grinned and promised to show it to me later before turning away.

No one in the village can recall details of his arrival–some say he drifted into town with the spring wind and landed on my mother’s balcony without warning. He endured the neighbors’ assessments of his origin with smiles and the crinkling of his amber eyes. His spurts of native tongue sounded like no language foreign or provincial, his bright vests and robes resembled no known country’s costume, and the star-shaped dumplings he molded with his knuckles were delicious but made with indeterminate ingredients. When he clarified his birthplace, the people would pinch their flummoxed brows as the name evaded them, in both its romanization or the indexes of the local library. My father was a nowhere man. Sometimes I believe he blossomed in my mother’s arms on a lonely day so she could have someone to love. He was the puppeteer of my little head’s every dream; he instructed me to smile without cramping my cheeks, to whistle bits of food out from my teeth rather than floss, to hold up a flower at the right angle so the wind could carry it without dropping.

The eclectic magic of both my mother’s and father’s cultures folded our house into a pop-up greeting card of warmth and color and light. My mother told parables of our town and the beasts of the peaks that encircled it, how to sleep with your nose tilted north so they couldn’t catch you by surprise. In between chuckles, my father narrated the triumphs of his people in their soft language. Our sofa was a sailboat cutting through the seas of the carpet, the mast forever steered towards my father’s homeland. The living room’s glass chandelier illuminated a celestial palace of which my parents were king and queen.

Still, my father was an outsider, and the unwelcome air of public spaces reminded him every day. He wiped strangers’ spittle from his embroidered tunics. His bright eyes attracted unwanted sneers in the market because he had married into a people who came in earthy tones like mud, like stone, like beige sand. The townsfolk theorized he was a malevolent spirit or a warlock. Or perhaps he was a con man who played a stunt on a trusting waif, leaving her with a freak of a daughter. One evening I saw him on his knees, sobbing because my mother and I forged his portion of my university application. Because he couldn’t grasp the mechanics of our tongue enough to fill out a form, because his words were tinted with hues of his home. I never asked why he came to our township or left his country. And he never explained.

My father always did as told. Perhaps that was what ended it all. When the summer air was heavy with bugs and demons, the mask of sleep sheltered me from the verbal combat downstairs. My mother throttled him with accusations, told him to leave and never return. He unzipped the house and turned it inside out, removing everything of his and everything that would remind us of him. I awoke to my mother’s nails stroking my hair and tearstains on my comforter.

In the years awaiting him, we attempted to summon him with a shrine—pumpkin-colored fabric and scraps of shiny metal accumulated on the mantlepiece. The pile of trinkets grew a torso and an acorn head during my time at university. My mother, now hoary and cynical, often asks me if I remember when the mini version of my father came to life. How he blinked once, twice, leaped down to the hearth, and dashed out into a storm, out of sight but never out of mind, no matter how we screeched his name. How the rain melted into the sky and leaked into my head, and I’ve never felt the same since then. How the deluge pounded dents into the river, slapped against our windows until they cracked. How the following day, we found my little father’s remains around town, his apple-seed eye in our gutter, his amethyst heart by the temple. Our mantelpiece is empty now.

Since he left, a sickness blew over me like a sandstorm. Physician after physician peered into the translucent boils on my left forearm. They peered back like the eyes of hungry insects. When they throbbed and pulsed, I felt they might fly out from under my skin. At night, I scratched them until they burst open, and when they did, they dyed my bed the color of my father’s eyes. The boils sealed themselves closed by sunrise. The doctors labeled it an anomaly and prescribed painkillers I that tossed away, so instead, we all swallowed the probability that they would never heal. A result of stress and grief, one of the physicians called them. I took two toffee pops from the front desk as I shuffled home to my apartment with its too-small bed. I lurked in the village at night and slept through daylight, dreaming of my father’s tattoo. What happened next was anyone’s guess. When the boils finally crusted over and sloughed off, underneath was a tattoo of a sea star, its arm outstretched and reaching beyond the mountains—towards the man that I would never get to know.

Kirsten Liang is fourteen years old but wishes she were seventeen so she could watch R-rated films. Her work has placed in many competitions for students: on an international level in the 2021 National Flash Fiction Day Competition hosted by fingerscommatoes, on a national level at the 2021 and 2022 Scholastic Writing Awards, and on a state level at the 2022 National History Day Competition. She is in love with too many celebrities.

Fulvia Zambon’s figurative painting career began some decades ago. The artist from Turin, who has chosen to live and work in the USA, started to express her feelings and passions through the gesture of the painting hand and the support of the absorbing canvas when she was very young. Her paint sweet but disquieting Baby Carriages, which have made her famous – paintings to be found in some of the most valuable collections in the world.